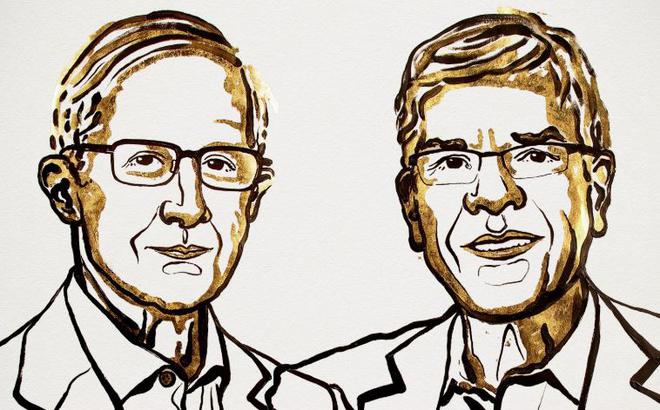 The names of the winners for the 2018 Nobel award for Economics have been announced. The Sveriges Riksbank Prize in Economic Sciences in memory of Alfred Nobel was divided equally between William D. Nordhaus and Paul Romer, both of American descent, for their contributions in integrating climate-change and technological analysis with long-run macroeconomic analysis. While Nordhaus studied the impact of climate change on macroeconomic variables, his counterpart Romer’s domain of research comprised of the growth in the economy with technological innovations over time. The fact that the Nobel was awarded to Nordhaus and Romer together intends to drive home a strong message: that we need growth, and that such growth must be sustainable.

While economic growth is always appreciable, it will soon cease or run into negative rates unless the growth is sustainable. What we mean by sustainable here is the ability to maintain the growth rate at a constant level over a good period of time. A sustainable market economy has to be competitive, well-governed, green, inclusive and integrated. However, market failures may very well be a part of the quest to attain a sustainable growth. The risk of market crash due to unregulated markets is very much a threat today. Such unregulated sectors often function erratically; degrade the environment and typically tend towards monopolistic power. The thirst for such a grip on power results in an attitude which excludes the basal segments of the society from their idea of economic progression. Thus, laws have been framed to correct such faulty market behavior that may crop up.

William Nordhaus, one of the recipients of the treasured Nobel, has been a pioneer of what can be termed “green accounting”– which is, simply put, a method to approximately estimate the amount of environmental damage when measuring economic growth. It was based on his presentation of the economic model that measuring the economic costs of climate change was made possible. Nordhaus developed the DICE and RICE models to understand the economics of the vagaries of climate change. The Dynamic Integrated Climate-Economy model (DICE) is an effective computer algorithm that aggregates multiple factors including carbon cycle, climate science and other dependencies to predict how viable steps taken to slow greenhouse warming would be. Today, when concerns about climate change and its ramifications are widely being debated, his contributions have swept the world with unforeseeable impact. It is his work that underpins the policy framework of the United Nations Intergovernmental Panel on Climate Change which released its new report just a day before the announcement of the Nobel Prizes in Economics- nothing short of a beautiful co-incidence.

Paul Romer, on the other hand, has made key contributions for sustained economic growth, basing his ideas on the importance of innovation. He makes it explicitly clear that physical capital constitutes only about one-third of the variation in income per capita across countries. The failure of the Soviet Union was a perfect example backing his claim; the Soviets went all out on investing in infrastructure, and yet could not realise the desired growth. The other two-thirds have their origins in a concept that economists refer to as total factor productivity. Romer has developed a theory of economic growth with endogenous technological change — that is, growth can depend on population growth and capital accumulation, instead on the unilateral investment on public infrastructure. In contrast, Robert Solow, who formulated the Solow model (or the neo-classical theory of growth) believed that productivity was exogenous to capital inputs. His endogenous growth theory integrates the development of newfangled ideas to the number of people working in the knowledge sector (say, for example, in research and development). These new ideas make the regular agents of manufacturing more productive – conveniently put, ideas enrich the total factor productivity. His theory is significant for more reasons than one. Those who innovate new technology may not always be able to latch onto the returns that the technology brings, while benefitting the economy as a whole. Hence, there may not be enough incentives to innovate. Romer’s endogenous growth theory has helped formalize the analysis of a number of relevant public policies such as promotion of investment in human capital, supporting research and development projects, and designing and enforcing intellectual property rights- hence providing enough incentives for the innovators to come forward with their ideas.

Nordhaus’s and Romer’s theories and contributions are important steps towards understanding the recipe for a sustainable growth-driven economy. The foundations of each of their propositions, that of impact of climate changes on the economy, and the importance of technology generated growth, has certainly opened up new avenues that can be further explored in detail. Both these models provide for sustainable growth, which is what the world precisely needs to adopt in order to permit emerging markets to make significant strides en-route to becoming developed economies.